this here is a drawing representing 4 individuals carrzing iron balls of a prison colony. Now in reality these are really heavy but cartoons can defy such laws of reality for comedy. I watch a french animation taken from a belgium comic book called "Lucky Luke". The animated series are a perfect for my research into strecth and squash animation on characters, especially the film they made. 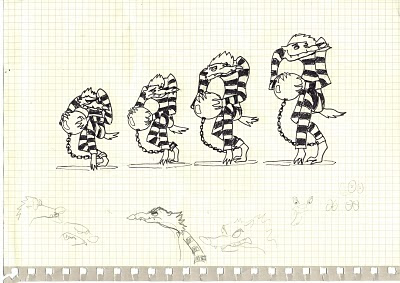 In my second year corse i was assigned to animate a character to lift a heavy object. The drawings are but primitive. Adjustments were made after for example. I DID NOT intend to se those legs for the test animation. It would be fun to animate such odd feet but we are sticking to basics. Otherwise I think i did a neat job on the amrs and back. 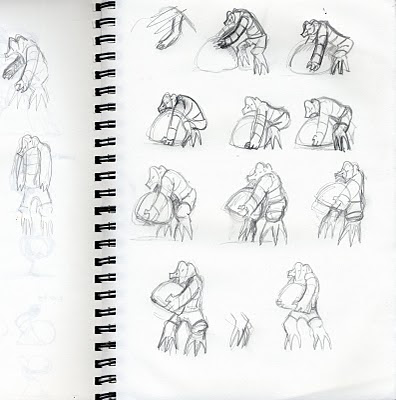 Another skecthwork, this time using a stick figure for a more apropriate side view of lifting the heavy object. 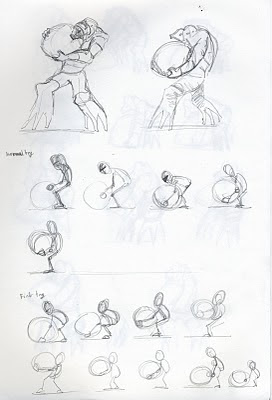 I did the animation(s) in flash. i firstly drew out the images, scanned them in and just drew teh outlines of my charatcer which makes it easier for me to animate and ensure the drawing does not get too small at one point. I think i am starting to get a better feeling of using flash, I just scan in my original drawings and use them for flash. I just draw the begining, midle and end while on flash aids me for the "inbetweeners". Its quite a lot of fun.