This is the story board of what the beginning part of Arta, showing the harsh condition and environment of one side of the planet Arta. This is Hex industries, a semi nuclear, metal work and mining facilities with some small laboratories included in the top sections. 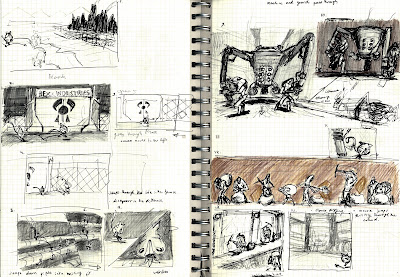 http://www.youtube.com/watch?v=I3JL2PxgDUw
Posted by Thomas Spettel at 05:49 No comments:

The day began when I woke up at 8 o'clock, unfortunately I had no accurate idea of what time me and my chosen team of the animation course was supposed to be in the animation studio for "live at five". I managed to get there on time, a few minutes of waiting before the main person responsible for giving us the assigned material arrived. I chose the category of sport along with my partner Tom Gameson. Our job was to create the results of two sports in after effects. A simple" "present results" table in which we had to type up the recorded results of each sports team.
Our main team leader was Scott Wiley. He would make sure we were focused upon our tasks. He also was responsible for giving out addition tasked assignments for the sports category. I am not much of special effects person and I am more of a beginner. It is not my main area in animation but I learned some new tips from the tutor Pete and my partner which helped me complete what I was tasked for. Me and Tom even managed to sneak in two pictures of chickens into the after effect, next to the score board.
That was what I had to complete for the day, not to stressful and quite pleasant. The whole team did fine on their work, mainly because Brian had already made some stuff for after effects in advance. It juts took a very long time to render the weather bit on his old laptop. But in whole, I think the team did well, with some chicken placed humor.
Once everything was done, we were able to watch it on the Live Falmouth news of "live art five". At first they just showed the regular news, and our stuff was placed last. What was amusing was an error during the live. At one point, in the "Bing drinking" report when the words said "overdose causes of drinking can lead to..." and at that moment, the still image of cows appeared. Now would that mean, that overdose of drinking would eventually lead to an "udder fate". I do not know precisely what the technical error was but the crew managed to get everything sorted out and back on track. Another thought of amusement was that they did not notice the two chickens me and Tom had purposely placed in the sports result scores.
All in all it was amusing at the end, because we knew this would be placed "live". true, the news is an important matter but as animation students, we cannot resist comedy.
Posted by Thomas Spettel at 02:14 No comments: 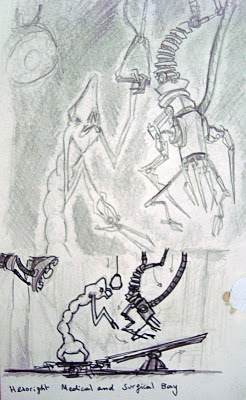 Here is the first initial sketch of the science, dissection table. The Hexoright scientist uses various cutting tools as well as a large machine hanging from the ceiling. The patient or victim is placed on the metal slab as the doctor operates. I created the environment through "Maya" making the scene into a 3D space. 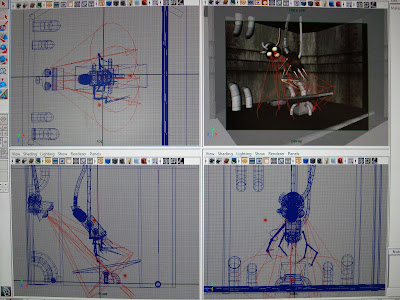 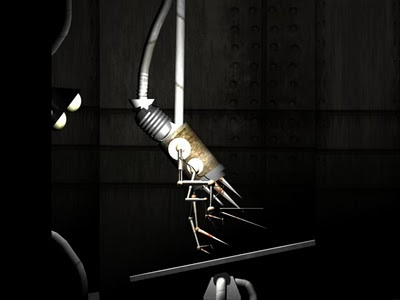 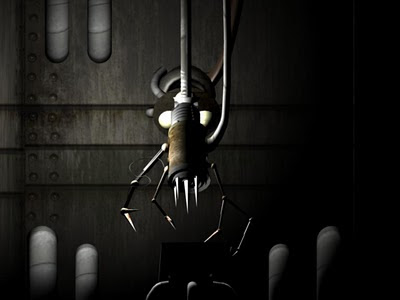 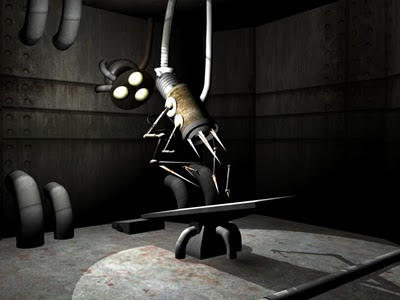 Posted by Thomas Spettel at 07:51 No comments: 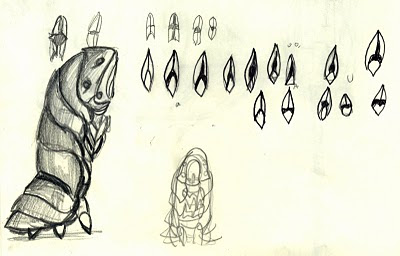 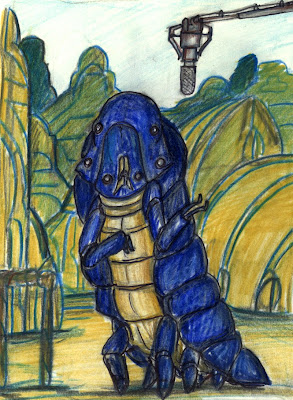 Here are the last sketches of my insect like character that I will use for my flash animation. On the left (colored pencil) I drew the character in his own environment. I drew him in a way that he is quite confortable with his surroundings. I could do more extreme situations but that might take too long.

So it is basically this, human sized caterpillar creature that will speak with a chosen recordings provided by the course.
Posted by Thomas Spettel at 07:52 No comments: 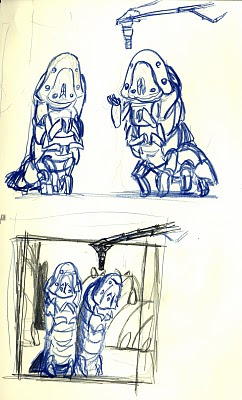 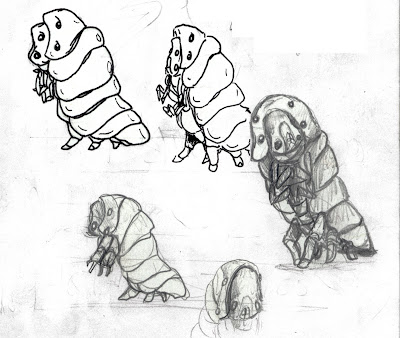 According to a "new" assignment by my course, I am to create a flash animation using lips or talk movement with a chosen audio speech recorded from students, similar to the stop motion series "Creature Comforts". It is the use of language through the mouth as well as small gestures from the limbs or insect hands that will show the way they will behave with the sound audio chosen from the assignment.

I have decided to use an insect creature from my Arta drawings and see how it would be like having an insect mouth.
I first began drawing the normal mouth with different vowels and shapes to form the words of a speech. Then I would compare it with an insect mouth although I have to admit, it is hard seeing an insect mouth from up close. 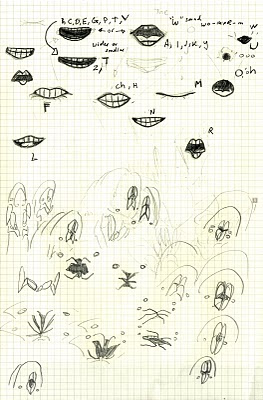 Posted by Thomas Spettel at 07:55 No comments:

A small flash animation test during my course...

Animation Backgrounds:
Here are two Backgorunds I drew as an assigment. Based upon some areas of the first main plot of my Arta series.

This is the gate entrance to Hex Industries. First donw with pencil and then Black pen. Small editing bits were done on Photoshop. Although I admit the scale parts may not be totally accurate so this would be considered as a concept design. 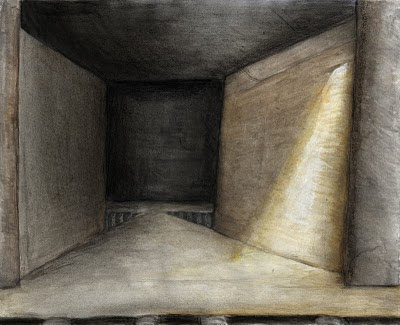 This is an interior part of Hex Industires, part of a hallway. This introduces the Character Ood because of the direction of the ligth coming from a crack in the steel metal wall. Futher improvements are being made to adda porp and a bit more dark shading on the left.

Posted by Thomas Spettel at 04:40 No comments: