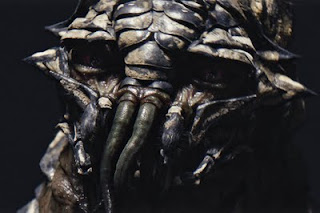 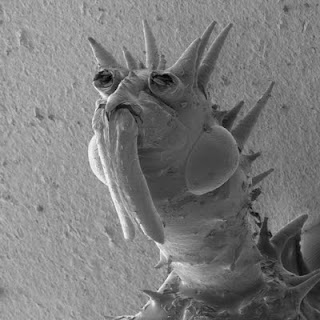 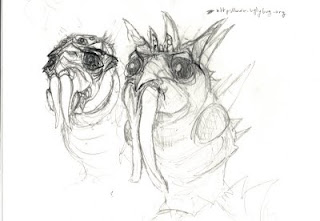 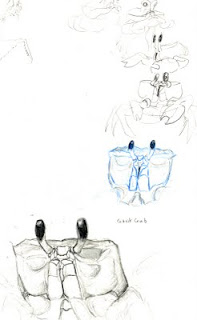 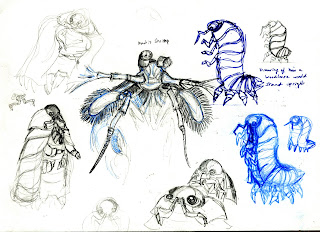 To the left are some woodlouse drawings from the first 2d assignment, in which I have drawn them to appear sapient or human like. In the middle is an attempt to draw the face of a Mantis Shrimp.
Posted by Thomas Spettel at 05:37