The main Character, as must of benn mentioned before, is a jumping mexican spider. Someone who STANDS OUT in the picture like in STANLEY SPENCER's work, most of his work, depict one larger figure standing out, here, its someone smaller, more outcasted because of mexican trait such as accurate history of 19th century america because the mexican nationality was not liked and niether did they like them ever since the American Mexican War. As the show is a documentary I intend to show accurate history timelines and some few events that follow from the MAerican Mexican war to the Civil War onwards to the Gold Rush 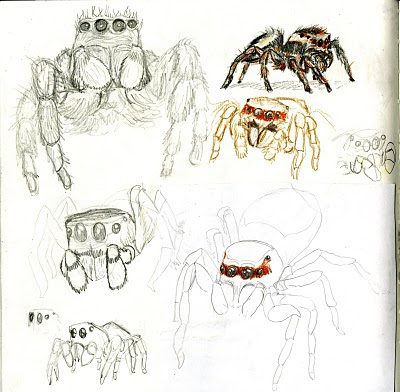 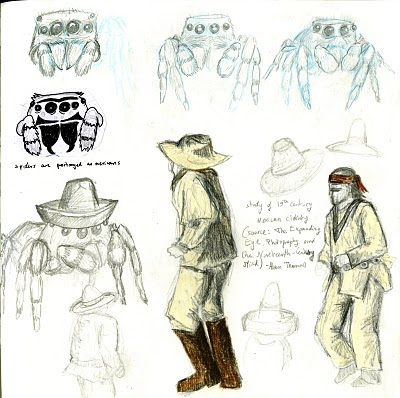 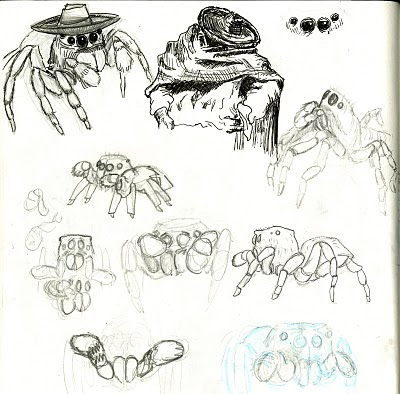 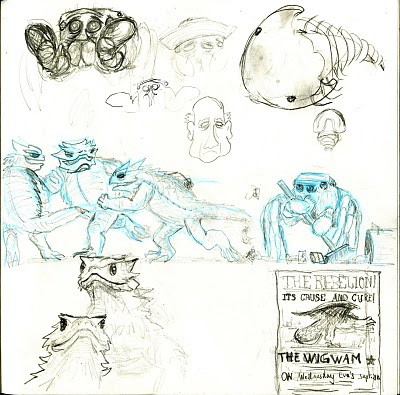 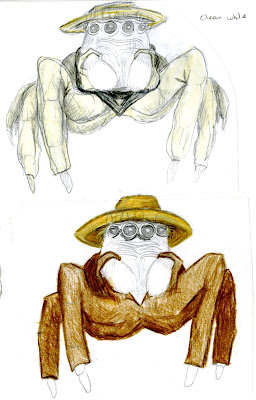 I am still drawing 19th century mexican clothing for the spider, old raggy peasant clothing with no heiarchy system.
Posted by Thomas Spettel at 13:11