Someone on Deviant asked me if I could come up with some concept designs of specific creatures for a small indie company called Blazing X games. The project is a sci-fi third/first person shooter about rebels the military and aliens fighting it out. The rebels attacked the military causing riots and chaos, later aliens arrived and attacked the humans 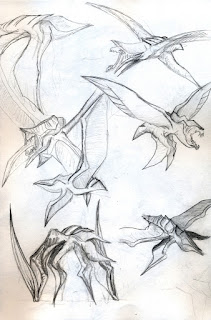 Skezzer: An alien with a small cocoon shaped like body and has a massive wing span. It comprises of two large sets of wings to give it greater flight and distances 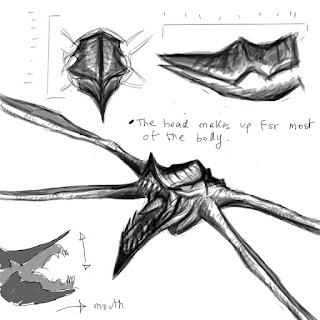 I was thinking of James Cameron's Avatar at first because many of his aliens feature four winged flyers. However I was looking at a different science fiction show for inspiration, “The Future is Wild" where flying fish, walking squid and four winged birds are a possible outcome of our planets evolution. 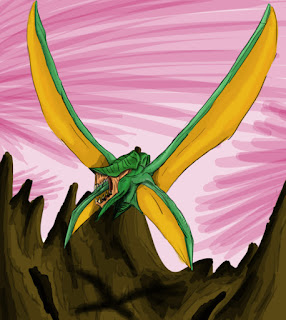 Here is a Giant worm, although unfortunately I am missing a few details of this one. The worm is just a rough that I ams till working on. I like drawing giant space worms for a reason. Tremours. Watch that movie. 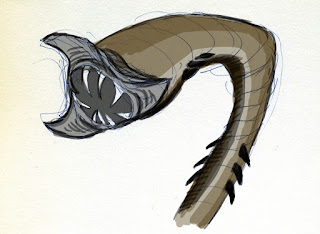 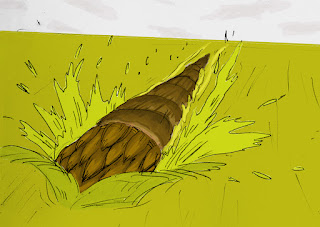 This is what I am really pleased of because I looked two animals for this one. I looked at the movement and shape of both a dog and a tiger. I even looked at a book called "The Art of Animal Character Design" by David Colman which helps one understand the drawings and character of animals. I looked at the form and shapes of how this artist drew animals from observation. 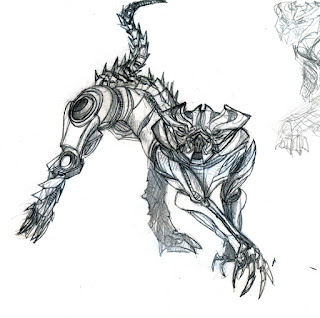 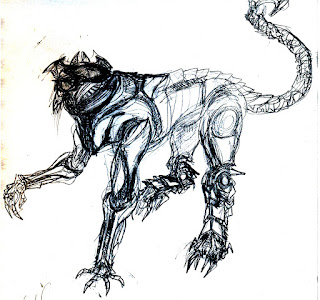 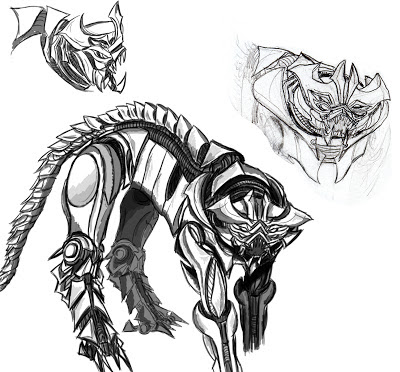 Relic cryn - A robotic/cybernetic Hunter. I liked drawing this quickly on paper because of the armour plating and cybernetic coils and cables going through the machinery. I normally don’t draw machines anymore, not since I started drawing transformers and then stopped because it was a waste of time. I just somehow like the final design, imagining this machine prowling across a wreckage or post-apocalyptic world then once it’s found the scent of prey, just starts running like mad over long distances without tiring. 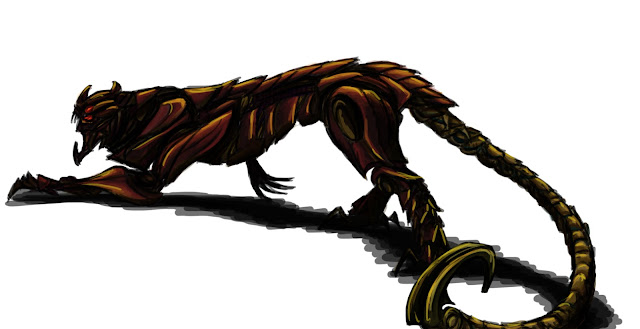